Landowners are reluctant to sell their unique plots of land at a relatively low price if the land has development potential. Clever developers are thus willing to pay more, and virtually without risk, by signing a contract that grants them the right to purchase the land. 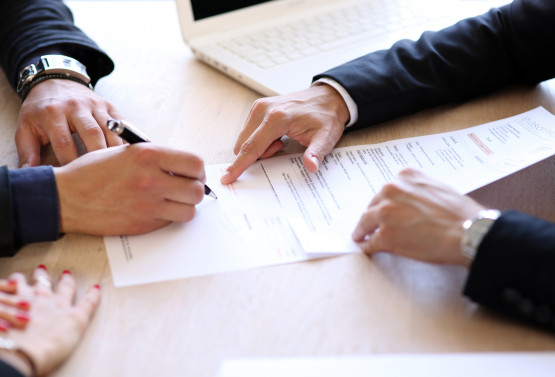 Landowners are reluctant to sell their unique plots of land at a relatively low price if the land has development potential. Clever developers are thus willing to pay more, and virtually without risk, by signing a contract that grants them the right to purchase the land.

Land developers are the catalyst for the optimal utilisation of non-building land and building land for the construction industry. These developers are special service providers, experts and risk-takers who can open doors for less experienced landowners, while offering the same and often even better conditions for the final sale of the land.

How much is an undeveloped plot of land or underdeveloped area worth? The landowner sees an opportunity for successful development and thus a higher price for the land, and the developer also sees great opportunities – when the land is fully developed. Both sides hope for the same outcome, but neither has a crystal ball that can determine whether the potential for development will appeal to market players. Are the authorities fast enough to approve the project within a satisfactory time frame? What happens if objections are raised? Can investors and possibly even anchor tenants already be found? Such a project entails many risks, not all of which can be assessed within just a few weeks. It can take more than two years to progress from an idea to a fully developed project. The problem is that landowners want a good price for their land, but such an amount is only feasible after the development has been completed. Developers are quite willing to pay a good price for the land – but only if the project can be developed successfully, bearing in mind the many uncertainties involved. The solution: sales agreements.

Owing to the often protracted approval phases and extended process of addressing objections, land developers are increasingly moving to acquire and develop land only on the basis of a sales agreement. Depending on the type of land, location and size, the time span for a sales agreement usually ranges from two to five years. In return for the right, recorded in the land register, to buy the land within a certain period of time at an agreed price, which often comes close to the price of the fully developed land, so-called penalty payments (à fonds perdu contributions in the event of non-payment or non-purchase of the land) are increasingly included in combined sales agreement and land development contracts. Under these contracts, the buyer of the purchasing rights (the developer) agrees to take specific steps to develop the land within an agreed period of time and, in the event of a non-purchase, to transfer ownership of the land back to the landowner (the seller in the contract) without compensation, or to pay an agreed amount to the owner if certain agreed steps are not met.

Obtaining a permit, e.g. for site construction, is usually not covered by the agreed steps, as this is per se outside the direct sphere of influence of the developer. Zone-compliant planning, on the other hand, can of course be stipulated and expected.

Contracts that combine a leasehold with purchasing rights are another of our specialities. The developer immediately assumes possession of the land under the leasehold, but also obtains the right to purchase the land at an agreed purchase price, for example, during the first five years of the lease. Note: this should not be confused with the right of first refusal agreed by the tenant and the landlord. This type of agreement is advantageous to landowners because in any event the land has been transferred and is generating income, whether through the agreed leasehold or the buyer exercising the right to purchase. At the same time, developers gain greater flexibility in developing the land and can later decide whether they want to retain the leasehold or would prefer to buy the property. This depends on a number of different parameters, so this option grants developers greater flexibility in their risk assessments.

... about the possibilities of a sales agreement combined with a leasehold, land development or other options: