To secure a high standard of living, regular income must be generated – if not from active work, then from dividends on investments. Leaseholds are an ideal option for landowners. 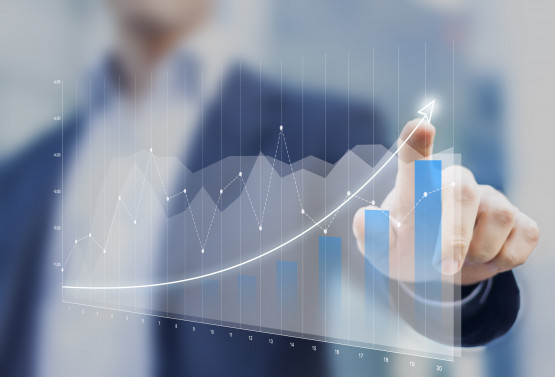 To secure a high standard of living, regular income must be generated – if not from active work, then from dividends on investments. Leaseholds are an ideal option for landowners.

Passive income helps to ensure a standard of living, and it is easy to plan your expenditures when you have a steady stream of revenues that you can count on for many years to come. Common forms of passive income include pension and retirement funds, but also the renting out of flats and commercial units. Other forms of investment like shares, equity funds and securities investments with dividend payouts also provide a means of generating passive income, in other words, earnings that are produced without having to engage in active operational ventures when the revenues are generated. However, it is often first necessary to play an active role in a business, to invest time and money and take risks. There is also the issue of predictability: dividends can widely fluctuate, and there is always the risk of vacancy periods in which no income is generated for you.

Another form of passive income is the letting of building land based on a leasehold. Leaseholds are sound and firmly established agreements that provide a high degree of legal protection for both parties – the landlord and the tenant –, with rights that are in many respects equivalent to those granted under a direct sale. However, both parties remain contractual partners for the duration of the leasehold, which typically extends for a period of 100 years and is renewable thereafter.

As a landlord, you generate passive, inflation-protected income immediately, or from the contractually agreed point in time, without having to part with your asset – your land – which will continue to increase in value. It remains in your possession or in the possession of your family. This is also an excellent means for municipalities and public landowners to utilise their land. It offers many advantages and very few disadvantages. A direct sale is only more advantageous if you need a large amount of money immediately. Such a transaction is more profitable when it includes a land development contract, as is currently customary with large plots of land.

You can also combine a leasehold with a mortgage

A plot of land with a leasehold consists of two different assets that can be mortgaged: first, the land, which remains in your possession; second, the leasehold estate, which refers here to the buildings that belong to the tenant.

You are at liberty to mortgage your land, even if you have granted building rights to a third party under a leasehold agreement. This allows you to borrow a large amount of money from a bank for making investments. By the same token, the tenant can mortgage the leasehold estate, which is a kind of ‘virtual’ legal estate that only consists of the buildings on the property. The mortgaging, assessment and market value of the leasehold estate are handled much in the same way as a building located on a ‘normal’ plot of land. The market value and thus the sales price or the bank’s appraisal value can be significantly higher than the net value of the tangible assets.

Securing an income without having to sell your land

You already own the land, but it produces no revenue in its current undeveloped state. Traditionally, income is only generated when you build on the land yourself and rent out the buildings on it – a big step that requires substantial investments and many additional efforts.

A major advantage of securing income by transferring the right to build under a leasehold is that you don’t have to sell assets (land) or invest additional money before you can start to generate income. Numerous risky transactions are avoided by signing a leasehold. Likewise, after granting the right to build on the land, you don’t have to worry about the responsibilities of maintenance, refurbishment or the risks of destruction by fire, floods, etc.

By opting for a leasehold, you can also avoid various tax hurdles while remaining legally compliant, which is important to keep in mind when calculating the return on investment and is an excellent argument in favour of transferring the right to build to a third party. Furthermore, the frequent disputes among heirs looking to sell their land can in many cases be resolved discreetly and simply by opting for a leasehold.

... about the options of securing your income through a leasehold: